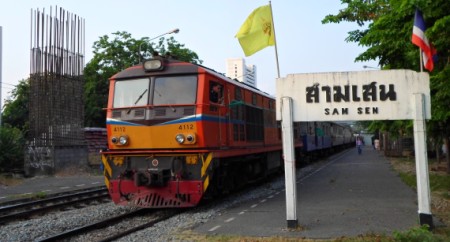 Be careful: the station is not on Sam Sen Road or at a walking distance from this area of the city that is popular with tourists for its guest-houses and hotels in Pranakorn District. 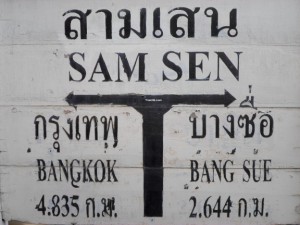 The station is 4.8km from the main station in Bangkok (Hua Lamphong) and 2.6km from Bang Sue 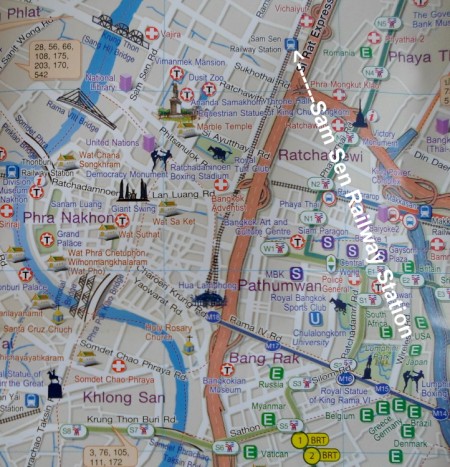 Depending on where you are staying in Bangkok, it may be easier and quicker for you to get to this train station to catch your train out of the city, rather than going to Hua Lamphong or Bang Sue, as nearly all departures from Hua Lamphong stop here.

This is also true for passengers heading into the city as it may be closer to your final destination (depending on where you are planning to stay in the city). 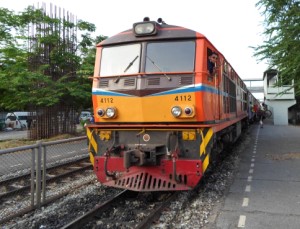 Train at the station 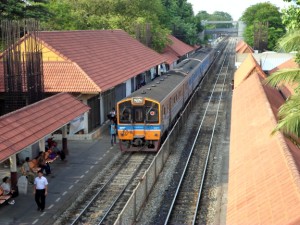 Train arriving at the station

The station is served by the trains running on Thailand's Northern, North-Eastern and Southern railway lines.

Two footbridges located on both ends of the platforms allow people to cross from one side to the other. 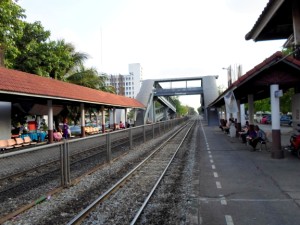 To buy your tickets : there are ticket selling counters and a luggage / cargo office on Platform 1 near Thoet Damri Road. 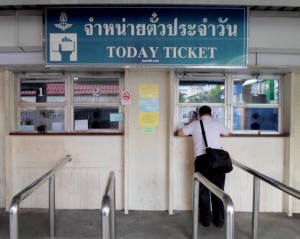 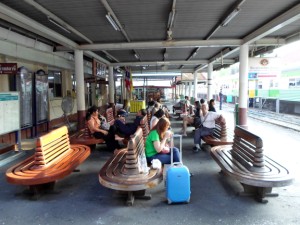 People waiting for a train at platform 1

How to get to Samsen Railway Station

The railway station is served by the following buses:

If you are coming from Khaosan Road you can board this bus on Phra Athit Road or on Samsen Road at the bus stop near the entrance of Soi 1. 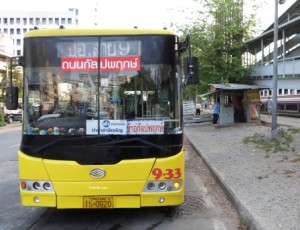 - the bus 125 which connects the train station to Sai Tai Mai (Southern Bus Terminal) and Salaya.

It can be reached by taking one of the motorbike taxis parked near the railway station (Fare = 35 THB). 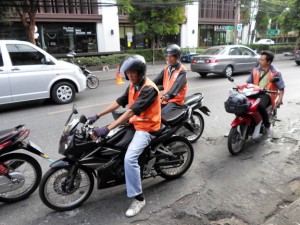 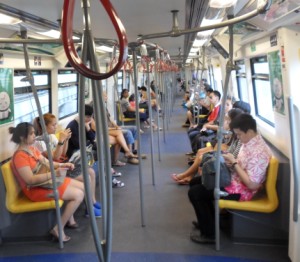 Inside a BTS train in Bangkok

To know more about the BTS routes go to: 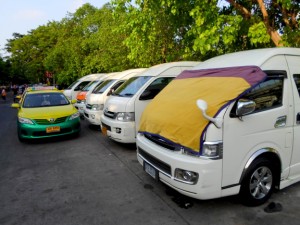 There is a minibus / van service by the train station on Kamphaeng Phet 5 Road for Pak Thong Chai (ปักธงชัย) in Nakhon Ratchasima Province (นครราชสีมา).