Makkasan Railway Station in Bangkok Thailand, is a small two platform station that is served by all the trains running on the Eastern Line of the State Railway of Thailand's (SRT) rail network and is an alternative departure point for trains to places like Pattaya and Aranya Prathet on the Thai - Cambodian border.

If you are staying nearby and plan to catch a train towards the Eastern provinces or Cambodia, you can use this station to purchase your tickets in advance and start you journey from, rather than going to the main station at Hua Lamphong, which is exactly 5.17 km away. 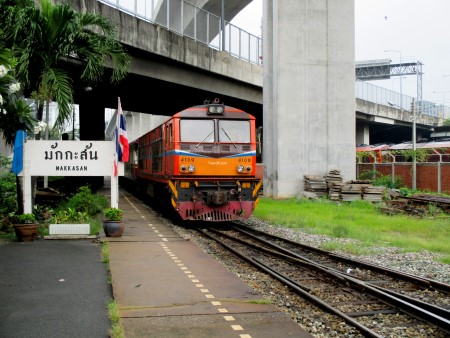 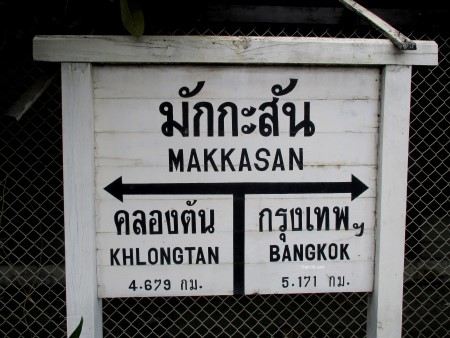 This railway station in Bangkok, should not be mistaken for the much bigger Makkasan Airport Rail Link Station, from where you can board an Airport Train to Suvarnabhumi International Airport (BKK). 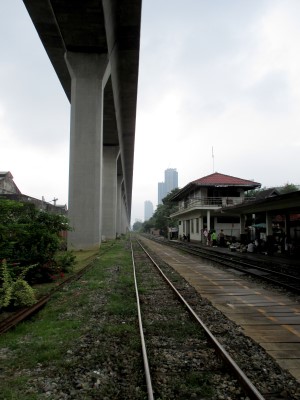 The station is located along Nikhom Makkasan Road (ถนนนิคมมักกะสัน), below the elevated Airport Rail Link which runs parallel to the Eastern line. 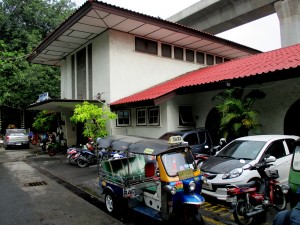 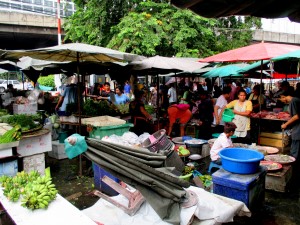 Lively little market at the station

The main entrance is beside a lovely little fresh food market.

The main building has a lot of charm and the station can really be seen as a haven of rest compared to the busy and chaotic Bangkok streets. 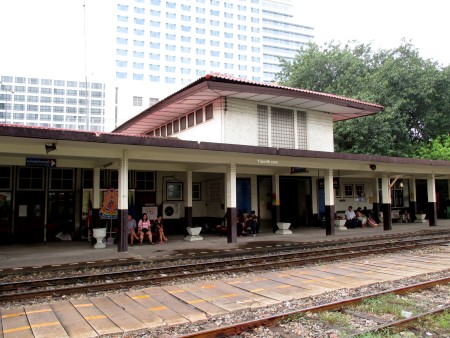 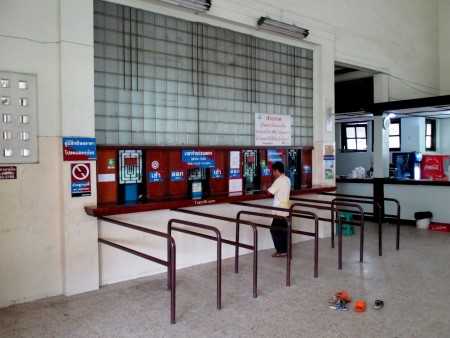 The station has 4 ticket selling counters from where advanced bookings for any destinations in Thailand can be made.

All the above train services are operated by "Ordinary" trains and cost just a couple of Baht to and from Hua Lamphong.

How to get to Makkasan Station? 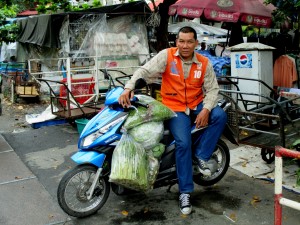 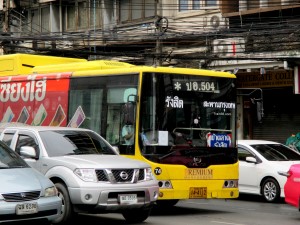 From the Intersection, where the Ratchaprarop Airport Rail Link Station is located, it is just a short 5 minute walk or a 20 THB motorbike taxi ride.

Facing the train station is the Railway Depot and Workshop which is the main SRT depot in Thailand. 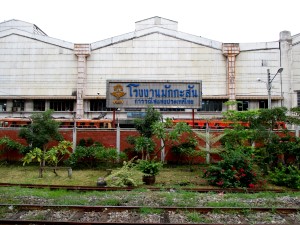 Depot and Workshop right opposite the station 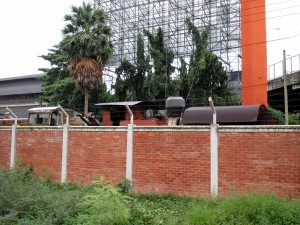 Old locomotives inside the depot

Some old locomotives (steam locomotives...) are kept in the depot, but unfortunately the entrance is forbidden to outsiders, however it is still possible to get a glimpse of these antiquities by standing on tiptoes to see over the wall surrounding the depot.