Phaya Thai station in Bangkok (สถานีพญาไท) is the origin station of the Airport City Line and the Express Line that connects Bangkok city centre to Suvarnabhumi International Airport (BKK). 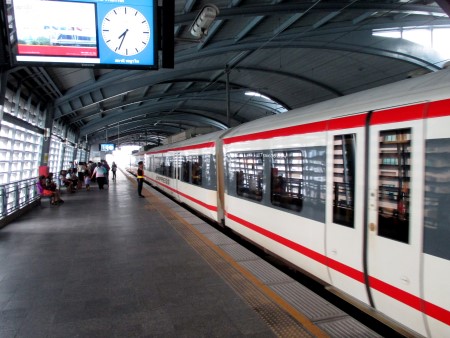 The station is located in the Ratchathewi district over the intersection / level crossing made by the Phaya Thai Road and the Eastern Line railway tracks.

It is connected by a direct interchange to the Phaya Thai BTS Sky Tain Station with which it forms a small transportation hub. 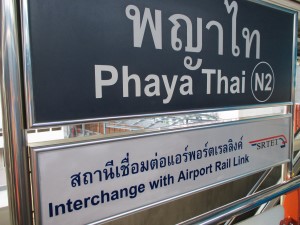 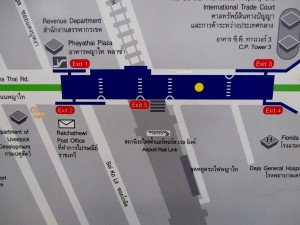 Tickets, which are actually tokens, can be bought from either one of the automatic token machines or directly from one of the token selling counters by the entrance gates. 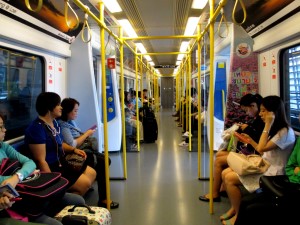 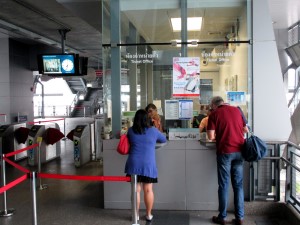 Train services operate every day from 06.00 in the morning to midnight.

By City Line : Airport Trains (Blue) running on this line stop at 6 stations and travelling time is 30 minutes. 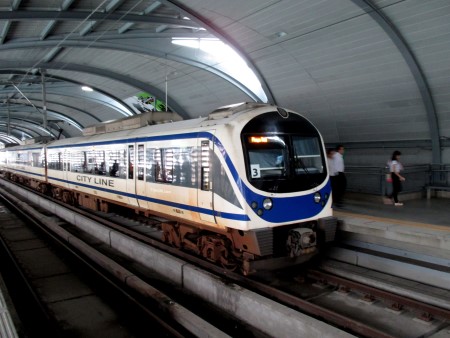 City Line trains leave from both ends every 12-15 minutes from Monday to Friday and every 15 minutes on Sat. / Sun./ Official Holidays.

By Phaya Thai Express Line : Airport Trains (Red) running on the Express Line are non-stop and travelling time is 17 minutes.

How to get to / from Phaya Thai Station 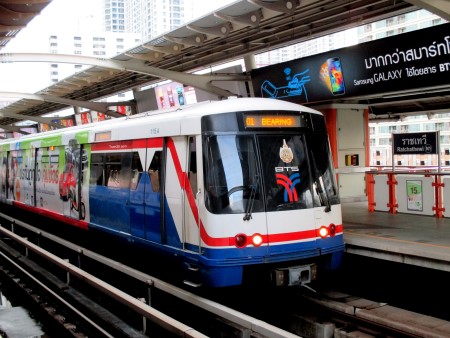 If you are heading to the nearby Victory Monument or Siam Square (MBK, Siam Paragon...), Phaya Thai Station is definitely the best option: just hop on a Sky Train!

Other destinations that are easily connected by BTS Sky Train are: Chitlom, Ploenchit, Silom... 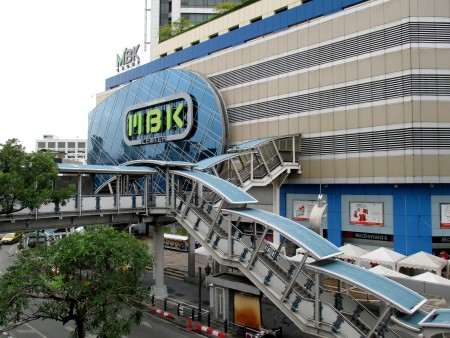 To get more information about the BTS Sky Train go to :

1 km south of the station on Phaya Thai road you can board a canal boat from Hua Chang bridge (สะพานหัวช้าง). 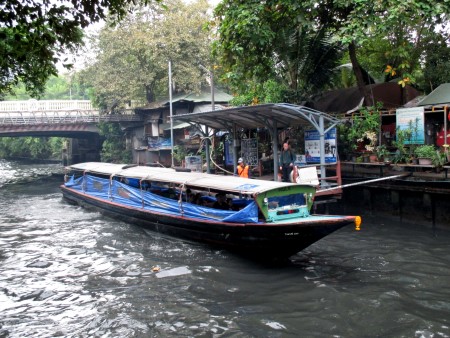 A boat ticket costs 10 to 20 THB depending on the travelled distance and is bought in the boat itself.

To get more information about canal boats running on the San Saep canal go to:

There is a Taxi stand right below the station from where you can board a Metered Taxi and don't have to pay any extra-charge. 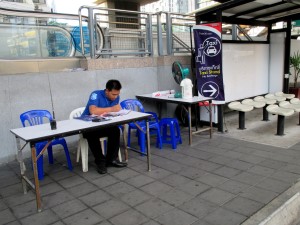 Taxi stand at the Station 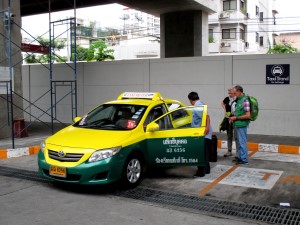 Note that if you arrive late at night or early morning, when the Taxi stand is closed, it might be difficult to find a Taxi driver agreeing to turn on the meter.

In that case just walk to the main road and stop a passing taxi.

There is also a Motorbike Taxi stand at the station. 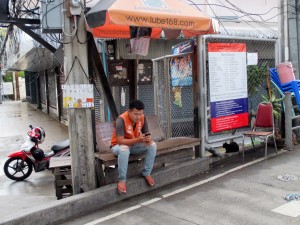 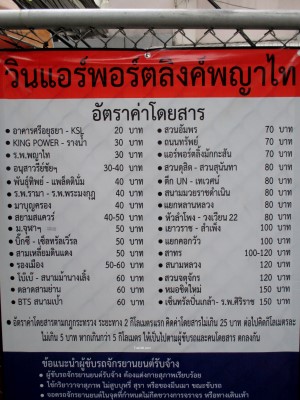 It has a table fare in Thai language to different nearby destinations: 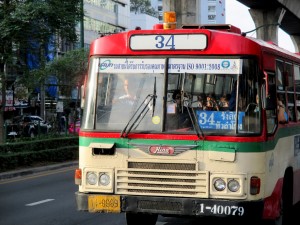 The station is served by many city buses which routes run along the main road.

You can use the following city buses serves to get to the station : 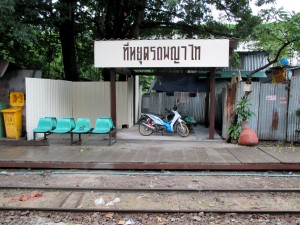 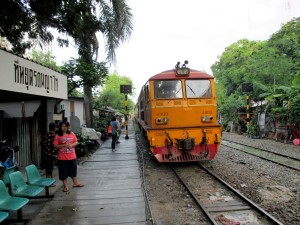 The "Train Stop" on the Eastern Line is located beside the much larger transportation hub made by the BTS Station and the Airport Train Station.

From there, people can board or exit the majority of the State Railway of Thailand's trains running on the Eastern Line.