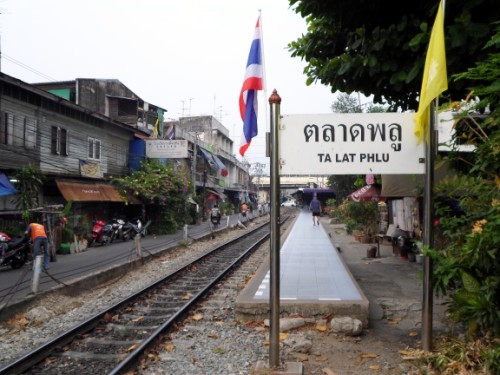 There are 17 inbound and 17 outbound commuter trains running daily.

Train fares are very cheap and are priced depending on your destination and cost:

A ticket all the way to Maha Chai costs just 10 THB.

In the past there were also air-conditioned coaches up to Maha Chai (25 THB) but at moment this service is not available and we don’t know if it is going to be reintroduced. 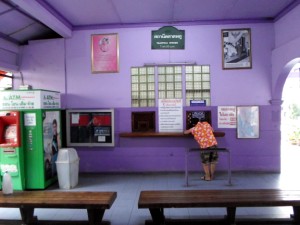 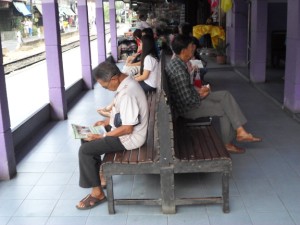 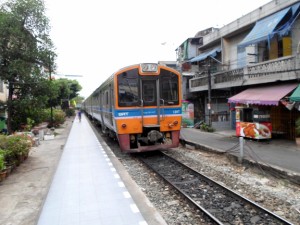 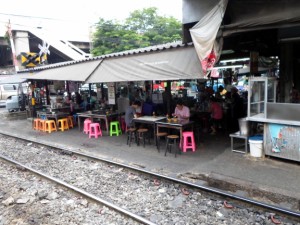 If you need to contact the station, the contact telephone number of the Talat Phlu railway station is: 0-2465-1024

If you want know how to travel out to the popular Train Market at Mae Klong from Talat Phlu Railway Station :

Location of Talat Phlu Train Station and how to get there

The train station is located around 1.5 km west from the Wongwian Yai Train Station.

There is an entrance on Thoet Thai road (ถนน เทอดไท) and it can also be accessed by the Liap Tang Rot Fai alley (ซอยเลียบทางรถไฟ) which runs parallel to the railway track. 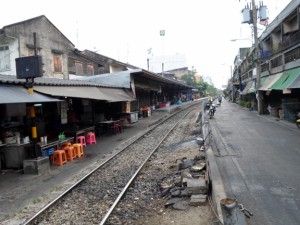 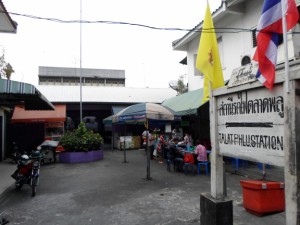 It is easily accessible by taking the BTS (Sky Train) Silom line to the station Talat Phlu on Ratchaphruek road (ถนนราชพฤกษ์).

The BTS station is located around 800 metres from the train station:

For more information on the BTS service go to:
www.bts.co.th/customer/en/main.aspx

You can also go to the train station by taking the BRT (Bus Rapid Transit) which links Sathorn station (สาทร) to Ratchaphruek station (ราชพฤกษ์) at Ratchadapisek intersection.

From the Ratchadapisek intersection follows the instructions as mentioned above.

In Sathorn the BRT station is accessible through the big and beautiful Sky Bridge that stands above the Narathiwat-Sathorn Intersection and that links the BRT station to the BTS Chong Nonsi station (สถานีรถไฟฟ้าช่องนนทรี). 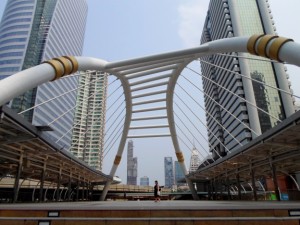 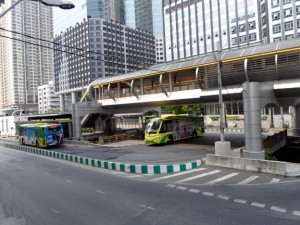 To see a map of the BRT line (in yellow colour) go to:

From Wongwian Yai area follow the small road or alley that runs along the railway track of the Wongwian Yai – Maha Chai line.

It is actually a very nice walk as the railway track is very green with a lot of vegetation and there are many shops or markets along the track and some nice houses. 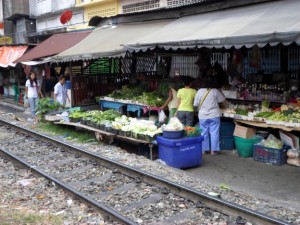 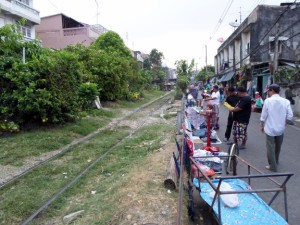 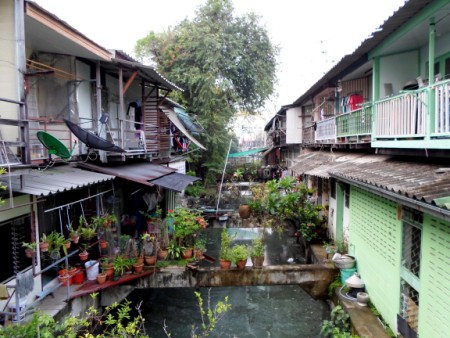 The train station is also accessible by bus.

The bus stop near the train station on Ratchadapisek road is served by the following buses:

The bus stop near the train station on Thoet Thai road (ถนน เทอดไท) is served by the following buses:

The Talat Phlu area: a place of interest

Talat Phlu (ตลาดพลู) is an old area in Thonburi on the western bank of the Chaopraya River along the Bangkok Yai canal (บางกอกให่ญ). 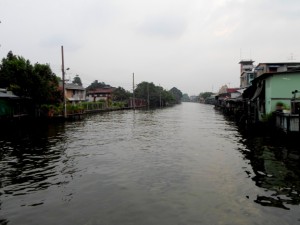 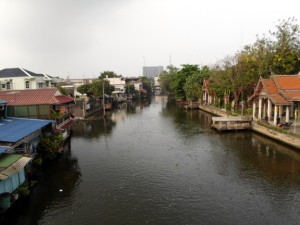 This name comes from the fact that people used to cultivate betel in the area and that there was a big betel market.

It is now famous for its labyrinth of small streets that run around the canal, its lovely temples such as Wat Khun Chan (วัดขุนจันทร์) or Wat Pak Nam (วัดปากน้ำ), its traditional wooden houses as well as its flea market and its delicious street food.

The area is worth a visit and its train station can be a point of departure for the small fishing port of Maha Chai and the Mae Klong Market (“Train Market”). 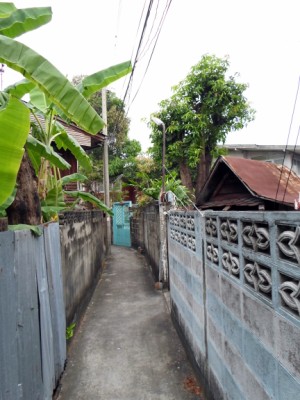 A typical small lane in this area of Bangkok 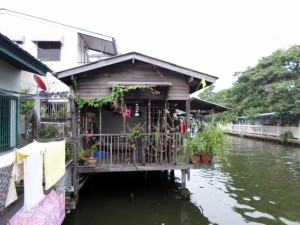 A wooden house by the canal 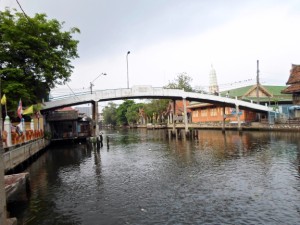 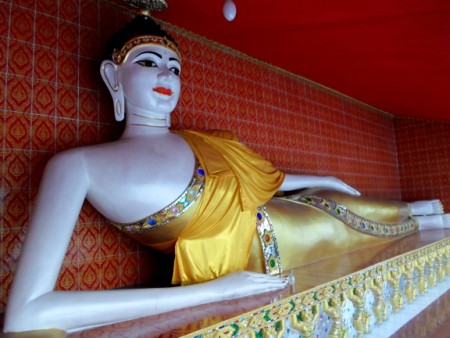 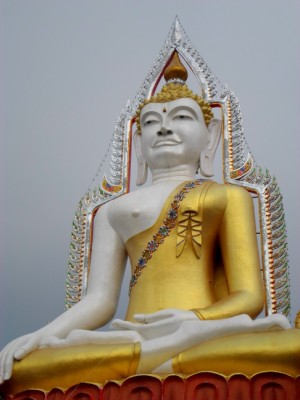 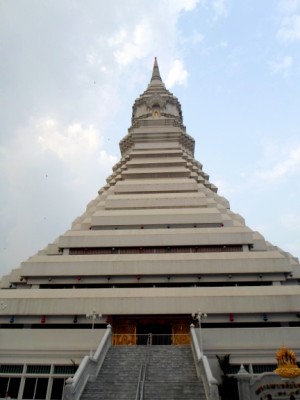 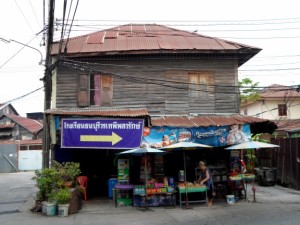 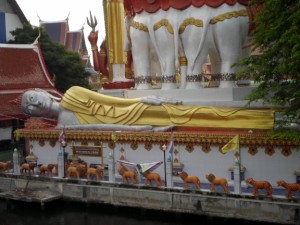