How to get to Chiang Mai Arcade Bus Station / Terminal

It is where you arrive when travelling by bus from Mo Chit Bus Terminal in Bangkok. 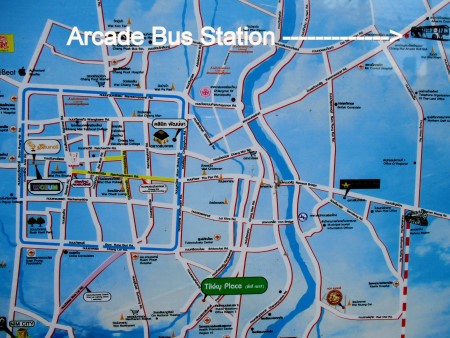 It is located around 3 km east of the Old City Moat, just before the ring road. 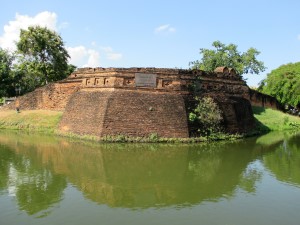 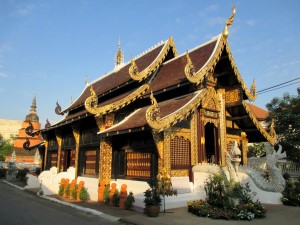 The Station can boast itself of having not just one, but two Terminals, which are separated by just a few metres from each other.

Terminal 2 is the older station and Terminal 3 is the newer one. 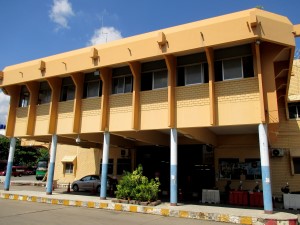 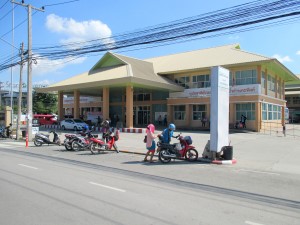 Arcade Station, unlike Chang Puak Station, is not really within walking distance from the city centre. 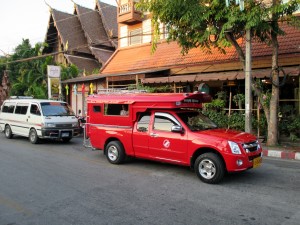 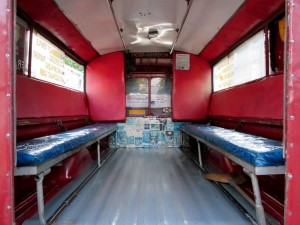 Inside a Red car

If you are coming from the city centre, the cheapest way to go to the station is to board a Songthaew (which is called Red Car (รถสีแดง) in Chiang Mai).

A Red Car is a pick-up truck adapted into a passenger car and used as a shared taxi.

Although Red Cars follow a 20 THB fixed rate system, for longer distances such as from the city centre to the bus station or to the train station you have to negotiate the price. 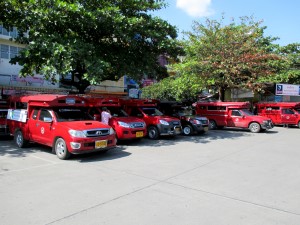 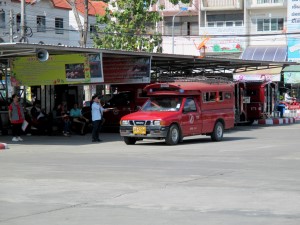 A reasonable price is around 30-40 THB per person, but don't be surprised if some drivers are not afraid of asking you as much as 150 THB per person!

If you are travelling as a group, the driver might ask you for a “group price”.

Here are a few "group prices" as shown on the fare table at the Red Car stand by the bus station: 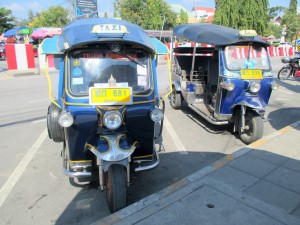 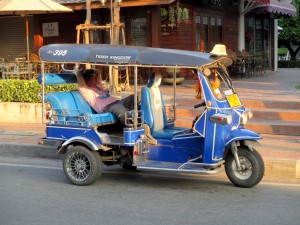 You can also choose to board a Tuk-Tuk to get to the Station.

In that case you will need very good bargaining skills to get a fair price.

Following is a list of prices to help you negotiate.

The prices were taken from the fare table shown at the Tuk-Tuk stand by the bus station: 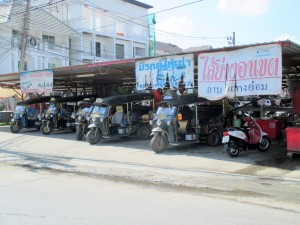 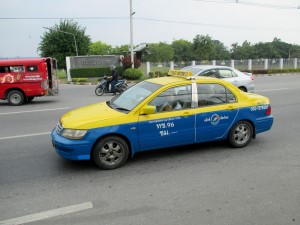 A Taxi in Chiang Mai 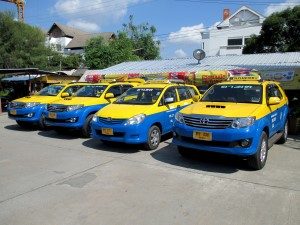 One thing you might notice while in Chiang Mai is that compared to Bangkok, there are not many taxis roaming the streets.

If you are coming from the bus station to the city centre however, there is a taxi stand at the station.

A taxi to the city centre from here should cost between 100 to 150 THB.

Most drivers will not use there meter, but if they do, the price is 50 THB for the first 2 km, then 10 THB for every km after that.

Related Pages on our site :