The whole journey from end to end takes a total of one hour and 25 minutes and covers 37 stations. 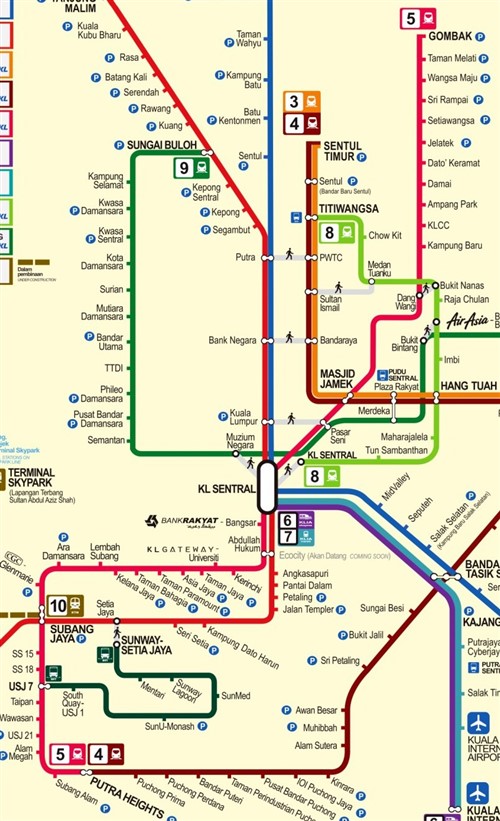 Stops along the Kelana Jaya Line are as follows:

You never have to wait long for an LRT train as they run frequently throughout the day.

The first LRT train on the Kelana Jaya Line starts running from 06:00 in the morning with trains departing every 3 minutes during the morning and evening rush hours.

At other times of day, trains depart between every 4 minutes to every 14 minutes in the quieter later evenings.

The last LRT trains of the day start to stop at around 23:30 from some stations.

However, it depends on which station you are travelling from and the day of the week (on Sundays and public holidays trains stop running slightly earlier than on Monday to Saturday) with some services running past midnight.

To check departure times, first and last trains and LRT fares from any particular station on the route you should:

How to get to Batu Caves by LRT train >

How to get to TBS bus terminal by LRT train >