Travelling by KTM train between Johor Bahru and Kota Bharu in Kelantan in the north-east of Peninsular Malaysia takes you on a scenic journey along Malaysia's famous "Jungle Railway" through mountains and ancient rain forests.

There is however currently just one daily train that travels all of this route and that travels overnight offering a comfortable sleeper service.

If you want to take in all the sights you currently have to take the slower shuttle services, but due to long term maintenance on this route, the timetable seems to always be changing! 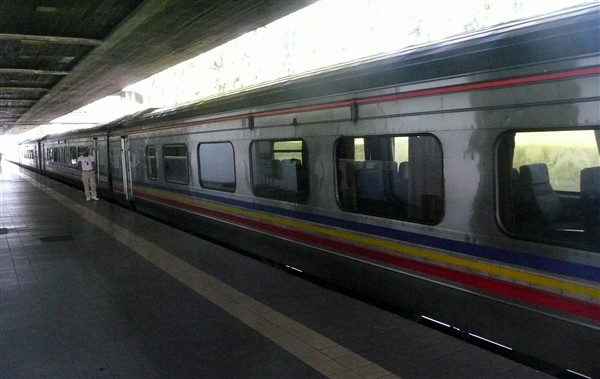 Wakaf Bharu is the closest railway station to Kota Bharu, just a few kilometres outside of town and easily reached by a regular, cheap bus service.

Of course, you don't have to make this whole trip in on go and there are plenty of places for you to stop and visit along the way, with other daily shuttle services stopping at nearly every station that you can jump on and off as you go (see the timetable links below).

JB to Kelantan (Wakaf Bharu) train schedule valid from the 1st of April 2021:

ERT trains start operating again from the 14th of October 2021.

SH trains are running as per the normal schedule.

Wakaf Bharu Kelantan to JB Sentral train schedule from the 1st of April 2021:

ERT trains start operating again from the 14th of October 2021.

SH trains are running as per the normal schedule.

Fares shown below are for one-way tickets and apply to travel in either direction to/from JB Sentral. 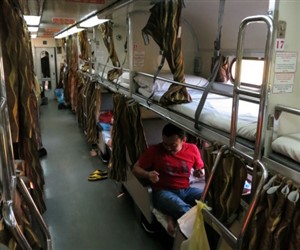 Sleeper carriage to on a KTM train to Kelantan - Kota Bharu

Tickets for the above train services can be made at any main KTM Berhad mainline train station in Peninsular Malaysia or:

online at the KTM website or through an online ticketing agent >

If you want to check for seat availability before heading off to the station you can also do that online.

Find places to stay in JB >