The modern and fast ETS train from KL to Penang is operated by Malaysian Railways - Keretapi Tanah Melayu Berhad (KTMB/KTM) with six services a day on the route between KL Sentral and Penang Sentral in Butterworth, taking just four hours and 10 - 15 minutes to make the journey. 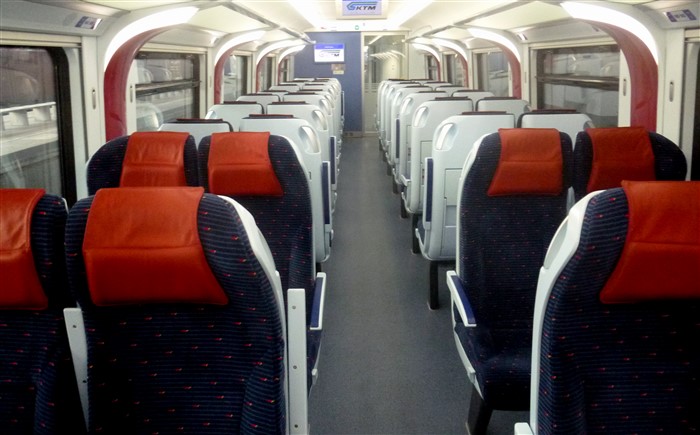 The following ETS schedule (jadual) is for departures from KL Sentral railway station.

There are two different types of ETS services on the route from KL to Penang:

These trains are operated with KTM's original ETS trains and are the cheaper of the two services, stopping at more stations along the route (the ticket price is around 59 MYR for an ETS Gold train from KL to Penang Sentral).

However, they operate during off-peak hours and arrive at Butterworth railway station after the last ferry leaves for Georgetown, leaving you stranded in Butterworth for the night or having to pay way more than your train fare to take a taxi over the Penang bridge to the island (a taxi will charge up to double their normal fare at this time of the night).

So, if you want to make it to Penang Island the same day, you will have to take one of the more expensive ETS Platinum trains.

These limited-stopping trains leave KL Sentral at peak times of the day and all arrive at Butterworth with plenty of time to take the ferry over to Georgetown.

Platinum ETS services are operated by both the original ETS train sets and the newer ETS2 train sets (marked with a * in the timetable above).

The newer ETS2 trains are different because they have one carriage that has Business Class seating (costing at least double the normal fare).

Tickets on an ETS Platinum train from KL to Penang cost around 79 MYR.

Under the Flexi Fare system, you pay less the further in advance you book but pay more to travel during peak times of the day and during weekends and holiday periods.

To learn more about Flexi Fares:

If you want to see the full schedule with all the stops on the KL Sentral to Penang ETS route, click on the timetable link below:

Full timetable for the train from KL to Penang >

Where to Buy Tickets for the Train from KL to Penang

As this ETS route is one of the most popular in Malaysia (especially at weekends), you should always book your tickets in advance to make sure you can travel on the train you want.

You can go to KL Sentral station (or any other ETS station) to buy advance tickets or tickets for the same day but we would strongly advise you not to just turn up at KL Sentral expecting to get a seat.

By far the easiest way to buy train tickets to Penang is to book online direct from the KTMB website or by using an agent.

If you find all seats on the direct train to Penang Sentral Butterworth are full on the day you want to travel, another option is to take a Padang Besar bound ETS train to connect to the Northern Commuter Line (Laluan Komuter Utara) services that start from Padang Rengas in Perak state.

The best option is to take an ETS train from KL Sentral to Taiping as all trains stop off here (Padang Rengas has limited ETS services).

From Taiping, you can then get to Butterworth by one of these cheap Komuter trains.

Taking this route via Taiping or Padang Rengas also works out to be the cheapest way to travel from KL to Penang by train (if you take one of the ETS Gold services).

Taiping is also a nice place to visit, so you could break your journey here and spend a day or two seeing the sights around Taiping.

To get from Butterworth train station to Georgetown on Penang Island there is only one way to travel using public transport, the Butterworth to Penang ferry service.

To get to the departure point for the ferry, you now have to go via the Penang Sentral terminal building.

Just follow the signs for the ferry and you should be there in between 5 and 10 minutes.

For more information, departure times and fares for the ferry to Penang Island click on the picture link below:

For information about the train station in Butterworth click on the picture link below: 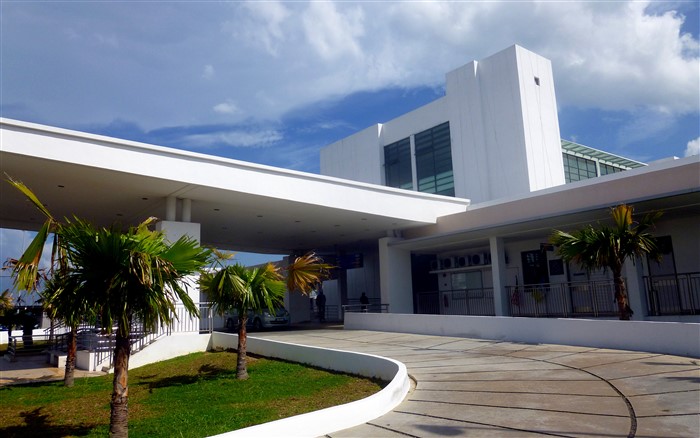 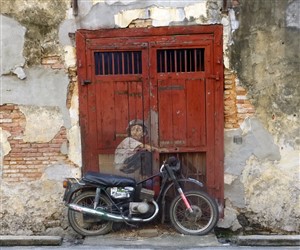 Penang attractions and things to see and do > 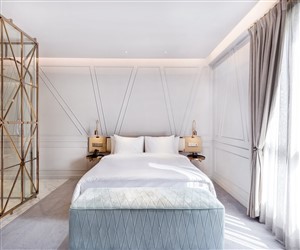 How to get from KL to Penang Island >