The duration of the train journey by Komuter to KL Sentral station from KTM Labu station is approximately one hour and 10 - 15 minutes.

To see the most recent KTM train schedule from Labu station to KL Sentral station, click on the timetable link below:

KTM has reduced train departures during this period. 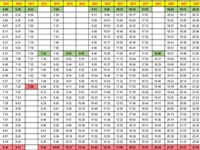 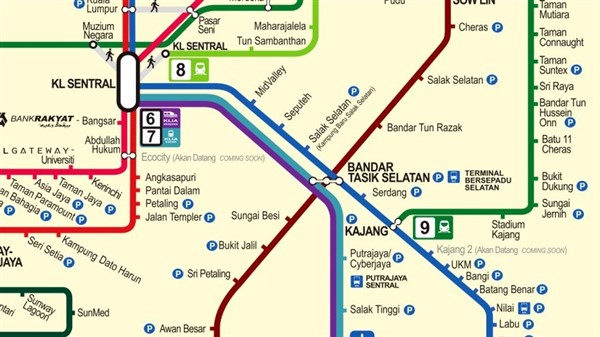 Trains on the KTM Komuter route from Labu to KL Sentral will stop at the following stations:

A KTM Komuter train on the Labu to KL route

The train fare (tambang) for the KTM Komuter from Labu to KL Sentral is 7.90 RM / MYR (Cash Price).

The "Cash Price" train fare is the price you pay if you do not have one of KTM's prepaid Touch n Go cards.

These "Cashless" cards offer a small discount to the "Cash Price" and are good value if you use KTM Komuter trains in the Klang Valley on a regular basis.

If you don't have a prepaid card, you will have to purchase a travel token from the ticket counter at Labu railway station.

All KTM Komuter train times and ticket prices from Labu to Kuala Lumpur Sentral are shown for planning purposes only and may change without notice. Before travelling by train from Labu Komuter station, we would advise you to check for any changes by clicking on the link provided below which takes you to the official Malaysia Railways (Keretapi Tanah Melayu Berhad) website:

All Komuter train timetables in Malaysia >

Other KTM routes on the Seremban Komuter Train Line: