How to get to the Southern Bus Terminal in Bangkok

The Southern Bus Terminal in Bangkok (also known as Sai Tai Mai Bus station), should not be mistaken for the old Southern Bus Station which is nowadays only used as bus park and is located a few kilometres away on the same road (Boromratchonnani Road - ถนนบรมราชชนนี).. 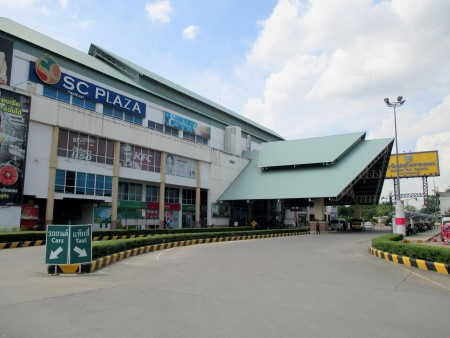 You should be especially careful if you are using a GPS to go to Sai Tai Mai, as it is often the original station that shows on the map!

For more information on the Southern bus station click here>>> 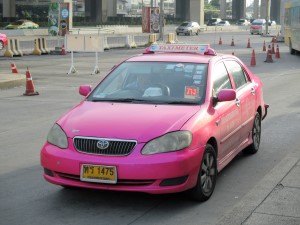 Taxi at the Southern Bus Station

Boarding a taxi is probably the favourite choice of most travellers to get to and from the Bangkok's Southern Bus Station.

It is because the station is quite far from the city centre and is not served (unlike for example, Mo Chit or Ekkamai) by the BTS Sky Train or the MRT Subway.

If you are travelling from Khaosan Road area to the Southern Bus Terminal, taking a metered taxi won’t be that expensive (100-150THB), however if you are coming from Sukhumvit area the ride risks being a bit more pricey! 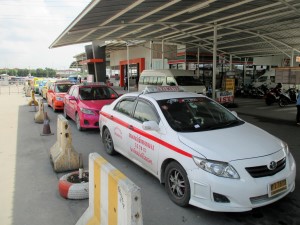 At the station there is a Taxi lane by the Minibus Centre.

If you feel bold enough and are not carrying too many bags, you can get on a Motorbike Taxi to get to / from the bus station. 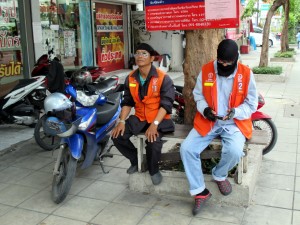 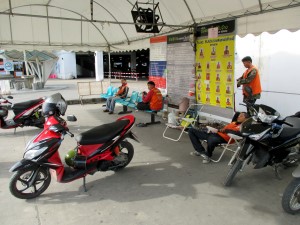 You will find a motorbike taxi stand at the station with a fare table : 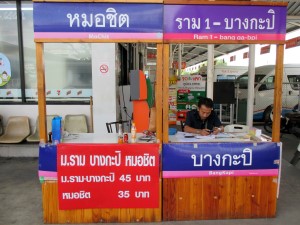 From the Minibus Centre located at the Southern Bus Station, you can catch minibuses to a few destinations within the city such as: Mo Chit Bus Terminal, Ramkhamhaeng - Bangkapi, Rangsit, Bang Na...

You can travel to and from Sai Tai Mai by boarding one of the many city buses that serve the bus station. This is by far the cheapest way to get to the Southern Bus Terminal, but you will have to allow yourselves plenty of time! 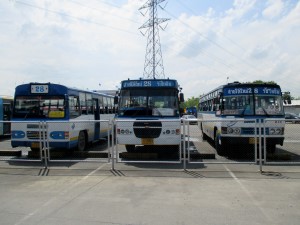 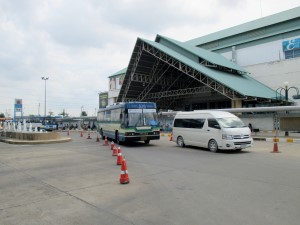 Following are some more details about the city bus routes to and from the Sai Tai Mai (STM):

If you are interested in travelling by train from Bangkok to Southern Thailand, please see the following pages on our site :