Please refer to the KTMB.com.my website for the latest information >

If you wish to view the schedule for the other Komuter service in this area of Malaysia that operates between Penang and Perak (Bukit Mertajam - Padang Regas):

For more about some of the main railway stations on the route please see:

This new KTM Komuter Northern Train Service now operates many times a day all days of the week in either direction.

Komuter Train services stop at all stations along this route.

Stations on this route from (south to north) are: 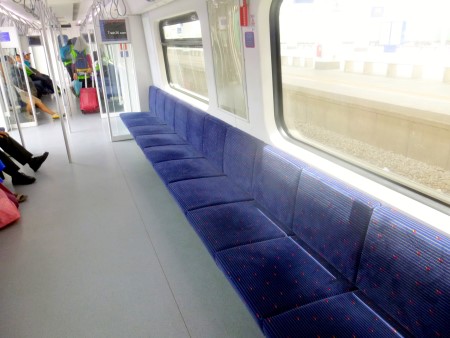 Tickets for the whole trip will cost 11.40 MYR (for the full fares table - see below).

This price does not guarantee you a seat, but most times of the year there will be plenty available.

Tickets for Komuter Trains are not available to buy in advance, so just turn up at the station and buy a ticket

From Padang Besar Railway Station in Malaysia, there is now a quick and easy Shuttle Train Service from the border to the southern city of Hat Yai in Thailand (Hatyai Junction Railway Station).

From Hat Yai Junction, there a many trains a day leaving to the north, with plenty of nigh sleeper trains that can take you alll the way to Bangkok city.

Prices for these commuter services are very cheap and you can buy one ticket all the way to the border from Padang Rengas in Perak (with a change of train at Bukit Mertajam). 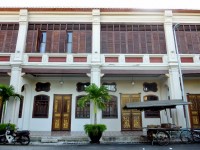